Lucas led on the development of the first fetal brain atlas for spina bifida aperta (SBA). This first-time atlas will allow researchers to perform measurements of the brain’s anatomy and to study its development in a large population of unborn babies with SBA

Our publication in Open Research Europe details the methodology and software tools behind our open access atlas of the developing brain in fetuses with spina bifida aperta (SBA) between 21 weeks and 34 weeks of gestation. This first-time atlas will allow researchers to perform measurements of the brain’s anatomy and to study its development in a large population of unborn babies with SBA.

The unprecedented amount of data collected in this study for such a rare population, played a key role in enabling the team to create this condition-specific fetal atlas.

A total of 90 high resolution 3D Magnetic Resonance Images (MRI) scans taken of fetuses with SBA in the womb were collected, analysed and processed to develop the atlas. Developed by Dr Lucas Fidon, the atlas can allow researchers to perform more accurate measurements in fetuses with SBA.

The effect of SBA on the development of the fetal brain is complex and is not yet fully understood. Developing an understanding of SBA is fundamental to improving diagnosis and management for babies born with this condition.

The researchers selected the 21–34 week period of the development of the fetal brain in SBA as surgery performed while the baby is still in the womb is currently completed prior to 26 weeks of gestation.

The proposed atlas could therefore support research on the effect of the surgery on the fetal brain anatomy.

We expect that condition-specific atlases will be created for other developmental diseases in the future. As our atlas is open source, it will enable researchers outside of our group to extend the scope of our data set. – Lead researcher, Dr Lucas Fidon, School of Biomedical Engineering & Imaging Sciences

SBA is one of the most common congenital malformations. Approximately five per 10,000 babies born in Europe suffer from SBA.

SBA is a birth defect that occurs when the spinal column of the fetus fails to close during the first month of pregnancy.

It can impact the development of the fetal brain, resulting in lifelong disabilities such as cognitive impairment, difficulties with mobility, and a reduced life expectancy.

After birth and later in life, children and adults with SBA are known to have also smaller hippocampus (the part of the brain responsible for learning and memory) abnormal cortical thickness and gyrification and smaller deep grey matter volume and total brain volume. The latter could be negatively associated with cognitive and motor functions.

In a small pilot study, it has been observed that fetal brain volume and shape is different after spina bifida repair compared to controls.

In their follow-up work the researchers are developing a deep learning algorithm for the automatic segmentation of fetal brain MRI.

Image segmentation is one of the most important tasks in medical image analysis and is often the first step to derive anatomical biomarkers.

More information here and in the scientific publication. 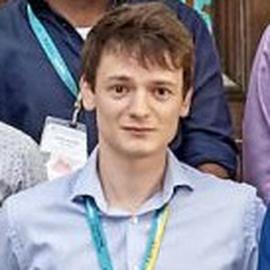 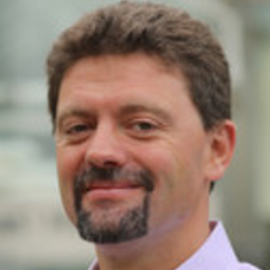